AES was started in 1988 by Peter Riddell, Graeme Bibby and Colin Robinson who all worked at Lucas Industries, Peter as a spare parts manager and Graeme and Colin as auto electricians. When it was announced that Lucas Industries Masterton branch was to close down, Graeme and Colin approached Peter to see if he was interested in going into business with them, Peter recalls. “They could see that there was going to be a big gap in the market that someone was going to have to fill. I couldn’t see why they wanted me, but they said they wanted someone who could do the spare parts, run the business and be the person who dealt with customers.” 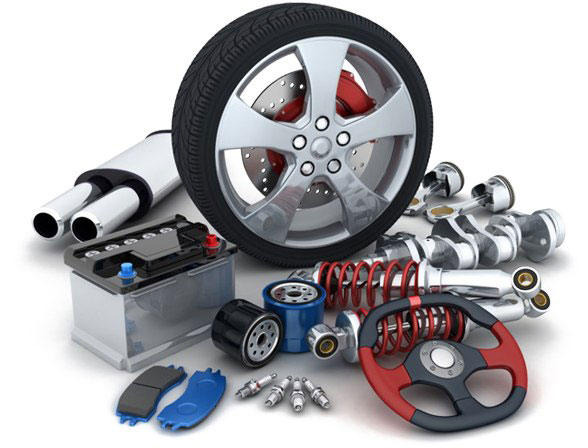 The first six weeks were hectic for Peter who was working three jobs at once- his final weeks at Lucas Industry during the day, pouring petrol at a service station in the early hours of the evening, and then working till two or three in the morning preparing the paperwork for the new business. The three men rented the premises in Bentley Street, Masterton and within a year hired their first staff member, auto electrician Kevin Hey who is still there to this day.
In 1994 Peter and Graeme bought out Colin and the same year purchased the premises as well as the next door property, building a new workshop attached to the old one. In 2006 Graeme sold his share of the business to Peter and carried on working part time until 2012. Three of Peter’s sons- Heath and Jesse who are qualified electricians and Owen who is spare parts manager- are now shareholders in the business and will eventually take over managing it when Peter retires.
AES currently employs twelve staff- Peter, Heath, Owen, Jesse auto electricians Kevin, Chris, Andre, Steve and part time workers Graham, Leisa, Tahlia and Rochelle, daughter of Graeme “The future shouldn’t see us change too fast. Things will slowly evolve and I will gracefully fade into the future” By far the biggest part of Auto Electrical Services’ business is repairs. AES has a very busy workshop team of six qualified auto electricians led by workshop foreman Heath Riddell.
Around 85 percent of auto electrical repairs carried out in the Wairarapa are by AES. Though much of its work is for garages and other commercial operators, the same services are available to the public who have the assured protection of dealing with a member of the Motor Trade Association. AES is well equipped to deal with any problems with auto electrical components on everything from cars to trucks to mobility scooters and fishing boats. Services include reconditioning starter motors and alternators, rectifying ignition faults, and complete rewiring. Because AES carries the largest range of standard auto electrical spare parts in the region, and also have a comprehensive online database of used parts, most jobs can be finished on the same day. “We look to fix as many things as we can on the day. Most of the time it is a same day service.” Peter Riddell says. The business has four fully equipped workshop vehicles to provide a comprehensive auto electrical field service for farmers, fishermen and contractors.
Auto Electrical Services has a huge range of spare parts, one of the largest in the Wairarapa.
“We sell a lot of auto electrical parts -to garages as well as individuals,” Says spare parts manager Owen Riddell. Usually parts are brand new but where a part is impossible to source, or too expensive for the customer, AES has its own online database of suppliers of used parts which it goes to. Owen can usually source any part on the same day. Otherwise the next morning.
Auto Electrical Services has the biggest range of batteries in the Wairarapa. It is a member of Battery Town, a nationwide network of privately owned auto electricians. AES has batteries to suit all purposes- automotive commercial, marine, RV, motorcycles, mobility scooters, industrial and more. If you are having what appears to be a battery problem, and bring your vehicle in to AES’s workshop in Bentley Street, they will first test the battery to see if it is the actual fault. If a new battery is needed, they will put it in while you wait with no charge for testing or fitting. However, often the problem is not the battery Peter says “If it is something else, we will tell you what the problem is and fix it, if you want. So you aren’t paying money for a new a battery that you don’t actually need.”
AES stocks Hella Endurant Batteries which are renowned for their quality, and used by Emirates Team New Zealand. Unless otherwise stated, all Hella Endurant Batteries come with a 24 month warranty. A small bit of advice from Peter who has more than 40 years experience with batteries-“Most batteries are abused from not being used. Batteries need regular use. The average battery lasts four to five years. But if you use it and look after it, a quality battery will last eight to ten years.”
TOP